17-year-old European karting star Josh Skelton from Dearham, Cumbria is the latest driver is to enter the F4 British Championship certified by FIA – powered by Ford EcoBoost as part of a stellar line up at JHR Developments.

The European Rotax Max and British Super One driver is targeting rookie honours in his first season of car racing. Said Skelton: “I am delighted to join JHR Developments for 2018. They have an incredible record of getting the best from young drivers and helping them achieve a high level of success. 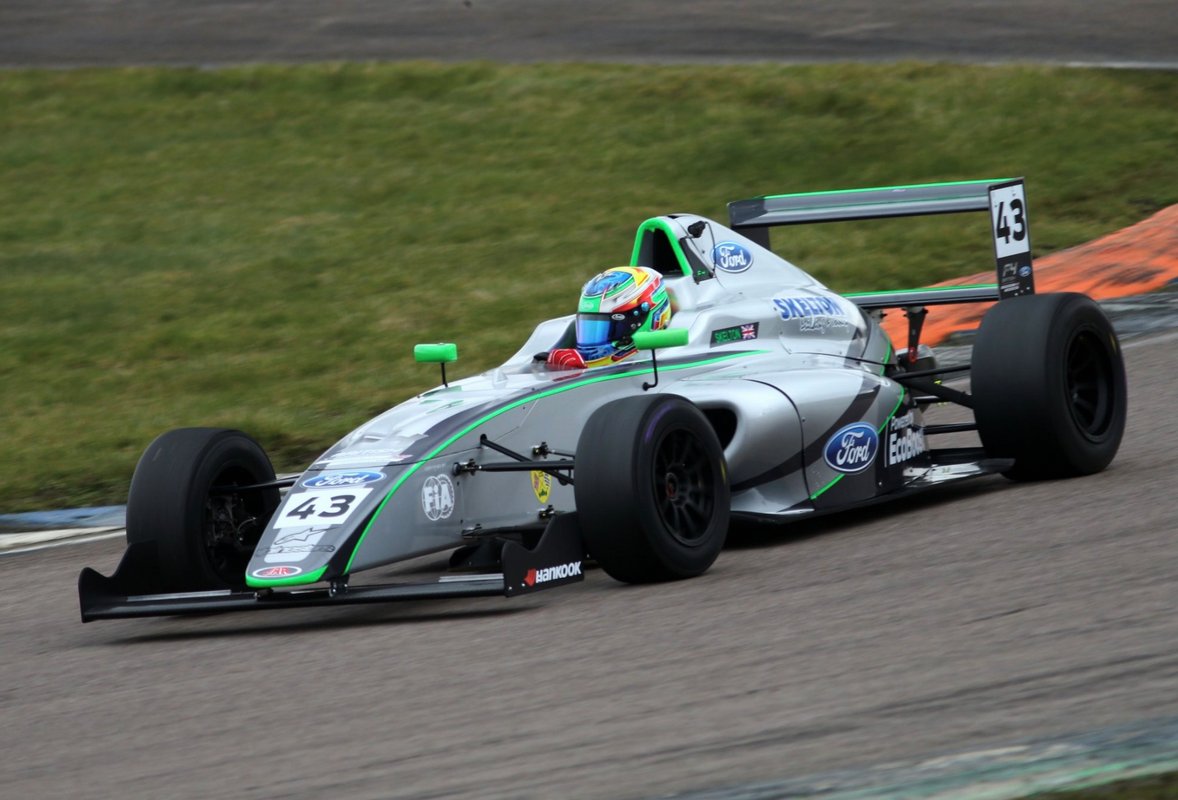 “I know that Ayrton, Manuel and I will work well together and I hope to repay the faith placed in me by my sponsors Alpine Stars, Skelton Joinery and BJ Human Performance by bringing home some great results.”

Added JHR Developments team principal Steven Hunter: “We are absolutely delighted to attract such a talented driver in the form of Josh. It is a real coup for the team. Whilst he will be a rookie and need to learn the circuits, he has already shown us that he has an exceptional ability to learn quickly. We fully expect him to be at the sharp end of the grid soon.”

The 2018 F4 British Championship campaign gets underway at Brands Hatch over the weekend of 7/8 of April before moving on to Donington Park on 28/29 April.