Series returnee Josh Skelton put his experience to good use and finished the morning test session at the F4 British Championship certified by FIA – powered by Ford EcoBoost Media Day quickest for JHR Developments. Skelton clocked his best time – a 46.243s – on the 56th of his 71 laps around the 1.19-mile Indy circuit, edging out fellow second-year driver Sebastian Alvarez (Double R Racing) by a mere 0.093 seconds. 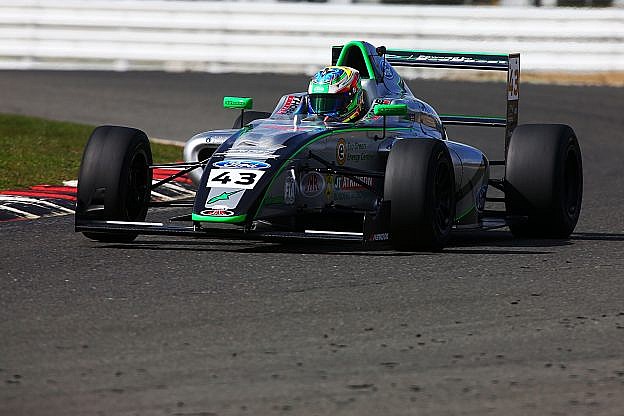 The session presented drivers with changeable conditions, with intermittent drops of rain and dry, sunny conditions the order of the day thus far. Nevertheless, the 12-car field completed over 1,000 laps – and over 1,260 miles – between them as the drivers get invaluable mileage ahead of the opening rounds back at Brands Hatch on 6th-7th April.

Just 0.009 seconds split two of this season’s newcomers, Carlin’s Zane Maloney and Arden Motorsport’s Alex Connor, in third and fourth respectively, with the duo also ranked as the quickest Rookie Cup entries over the three-and-a-half hours of running. Ginetta Junior graduates Louis Foster and Luke Browning were fifth and sixth for Double R and Richardson Racing respectively, the former having led the order at the halfway point of the session. The other two Arden cars of Bart Horsten and Tommy Foster sandwiched JHR’s Carter Williams in seventh, eighth and ninth, whilst Roberto Faria led the line for Fortec Motorsport in rounding out the top ten. Mariano Martinez – the latest name to join Ford’s winning formula for 2019 – was eleventh for Fortec, with Double R’s Reema Juffali in twelfth.