Having had a disappointing first round at Brands Hatch where the speed was there but the results weren’t, we knew we had to put things together for the second round and gain as many points as we possibly could.

FP1: The first practice was dry and we got off to a good start being the quickest before coming in halfway through the session for new tyres, then on the new tyre run being 4th which was promising.

FP2: We got hit by a thunderstorm just before heading out onto the track. Having missed out most of the session changing the set up, we only got a couple of laps but ended the session P5. I didn’t feel the car was at its best and had some time to find in the wet conditions for qualifying. 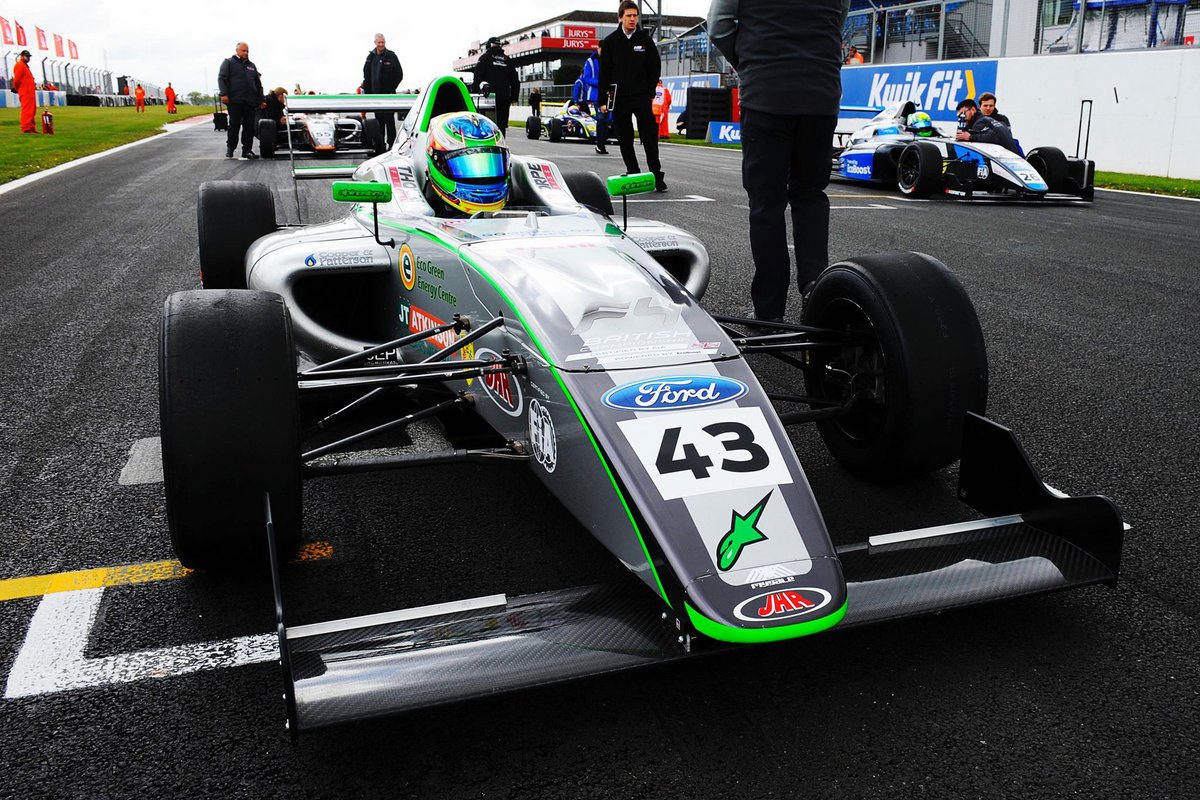 Qualifying: The session was wet and with a number of red flags we didn’t get very many laps. I only managed P7 and P6 in qualifying for races 1 & 3. This meant I was going to have to put my head down in the races. I didn’t feel comfortable with the car struggling with lots of traction.

Race 1: Starting P7 I got a good start and was up to 5th by the end of the first lap, then at the end of the second lap I made a move down the inside into the first corner whilst we were four a breast. This paid off and I had a little gap back to second place. Halfway through the race second place started to catch, and with around 5 minutes to go he got past. I managed to hold on to second place. We didn’t expect the track to be as dry as it was so the car went off mid-race but I am very happy with this result, and considering where we started it was a great way to kick off the weekend.

Race 2: I was starting 5th but I made a massive mistake and jumped the start and then stalled which dropped me down to the back of the field. 2 laps into the race I was up to P9 but the race was red flagged and this put me to the back of the grid for the restart. I just had to put my head down and make as many places up as possible. I ended the race in P7 making the most out of a poor situation which was entirely my fault.

Race 3: Starting P6 I had my eyes set on another podium. Another good start and on the opening lap I was in P4 at the end of lap one. Then the safety car came out which left us with only 10 minutes of the race remaining. Soon after the safety car restart, I managed to get to P3 heading down the leaders. With around 5 laps to go I got through in 2nd and down the back straight went for a move to the lead which didn’t pay off, killing my exit of the corner which set me back to P5, ultimately ending the race in P4.

Overall I am very pleased about the weekend taking my first outright podium and gaining good points in the championship. I would like to say a massive thanks to JHR Developments for all their hard work and giving me a fantastic car, and to everyone involved.