Having had the two free practice sessions over a month prior to the race weekend – where we showed some good speed – we were pretty confident heading straight into qualifying.

Qualifying:
Heading out we were looking strong on our first flying lap, but coming to the end of it I found a mechanical problem with the car which lost us a huge chunk of time. Pitting to sort out the problem therefore, lost us most of the session time. I went out with only four minutes remaining, meaning I only had the chance to produce two flying laps, so both of which would matter. The laps managed placed us 5th and 6th on the grid for race 1 and 3. I was disappointed with this result as the potential for a whole lot more was definitely there, but on the other hand I made the best out of the situation we had. 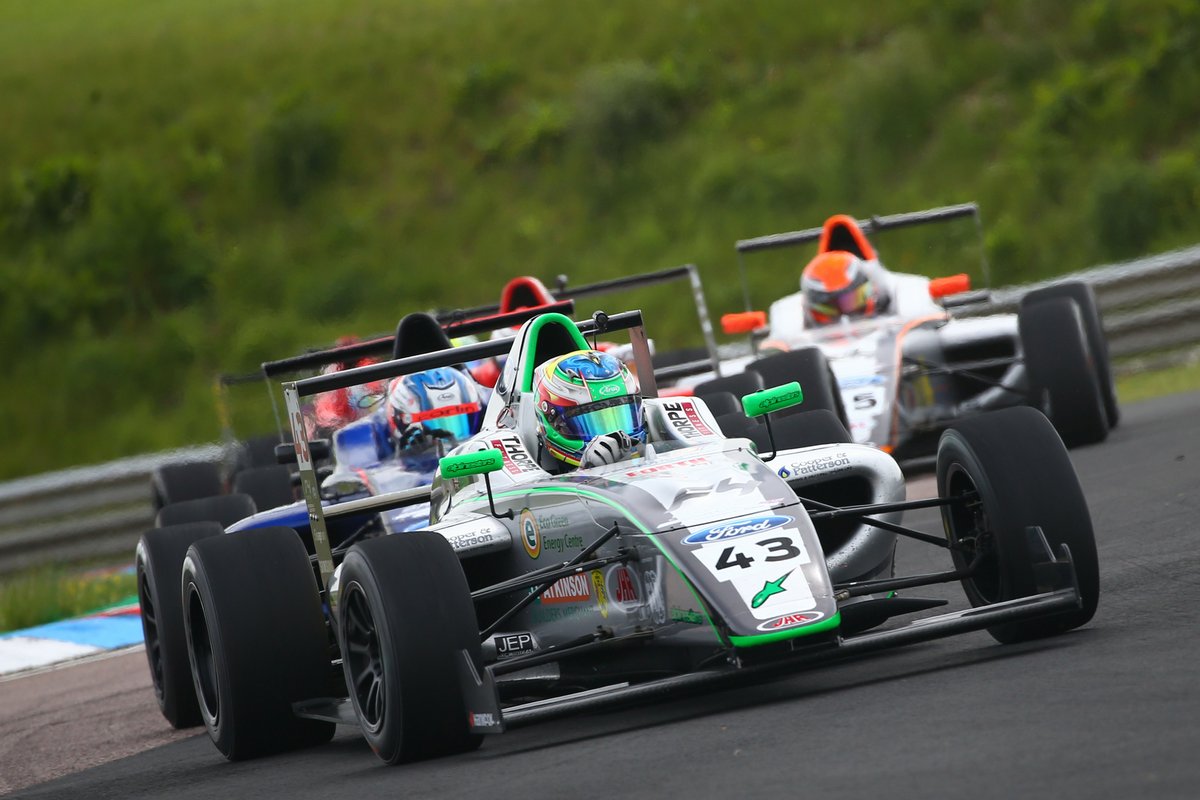 Race 1:
I dropped back to 6th off the start but made up a place towards the end of the first lap. I put my head down and managed to catch the leading pack and made a few moves throughout the race to get up to P3. I fight hard to defend the position on the last two laps of the race to bring the car home in P3 and finish on the podium.

Race 2:
Getting boxed in a the start and dropped down to P6, but managed to make my way up to P4 before a car with damage in front got in the way which killed our momentum and lost me two places. Making one place back up I managed to catch the car in front and battled hard on the last few laps of the race making some good moves that didn’t quite pay off, finally ending the race in P5. I was a little frustrated with the result in this race because I think there was much more to be had.

Race 3:
Start P6. After a bad start I was down to P8 on the opening lap but quickly regathered and was back up to P6 quickly. I put my head down and showed some really good speed and managed to catch the driver in front and take P5. This then left me with a big gap to close down to the next car, which I nearly but had a mechanical issue which hindered our cars performance, so I was unable to catch him, so it would be another P5 finish.

Overall it was a strong weekend scoring some solid points but there could have been more to be had. I’m now looking forward to the next race at Croft in four weeks time. I would like to thank JHR Developments and everyone else involved for all their help.