Chris Dittmann Racing has confirmed British F4 front-runner Josh Skelton as its first driver for the 2020 BRDC British Formula 3 Championship. The 19 year-old steps up to the UK’s premier single-seater championship after two successful campaigns in British Formula 4, taking 15 podiums – including two victories – en route to a best overall finish of fourth in 2019. 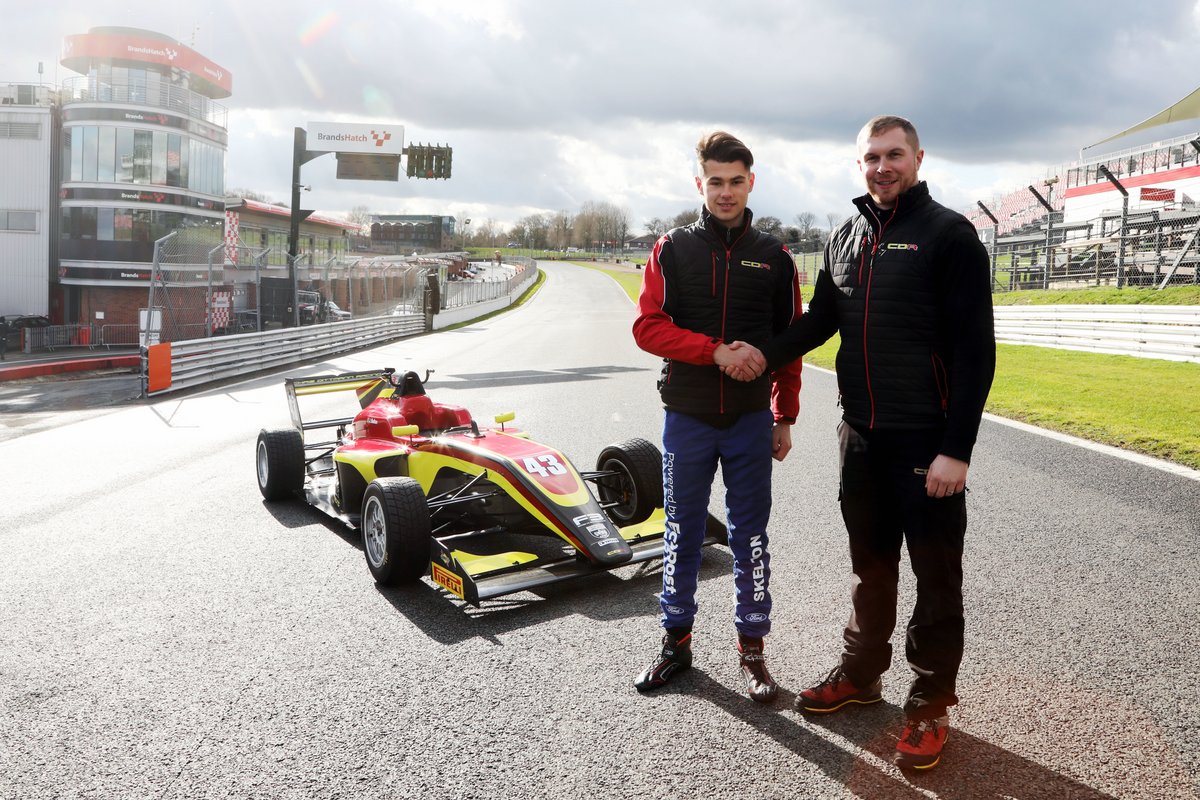 CDR also head into the new campaign on a high after enjoying their best season to-date in the category last term, taking five wins and twelve podium finishes between Ayrton Simmons and Nazim Azman, and were the only squad to achieve a 1-2 finish.

Skelton acted as the team’s official test driver at today’s MSVR Media Day at Brands Hatch, and will complete further mileage at the BRDC British F3 Media Day next week at Snetterton before gearing up for the season opener at Oulton Park on Easter weekend.

Josh Skelton said: “It’s amazing to be teaming up with Chris Dittmann Racing this season and I believe they will give me everything I need to push at the front of the field. After a solid season last year in British F4, we took a break over the winter and looked at our options. We decided the BRDC British Formula 3 Championship was the next step in my career and where I would learn the most. The car has a lot more downforce than what I have previously driven, and it will be great to see what the new upgrade kit is like. I can’t wait to get the 2020 season started and I can’t thank CDR or the people around me enough for making this possible.”

Chris Dittmann, Team Principal commented: “Everybody at CDR is delighted to welcome Josh to our BRDC British Formula 3 Championship team ahead of the 2020 season. His performance in British F4 over the last two seasons speaks for itself. He’s shown plenty of promise and we’re happy with the initial progress we’ve made together over the winter so far. Last year was a very positive one for everybody at the team and we’re looking ahead to 2020 with optimism.”