Friday set off well. We had really strong speed throughout the day, and we were P4 in all 3 sessions less than a tenth off in the first. We were struggling a little with the car and made a change in the last session that definitely benefited us, and we looked to be strong on old tyres in the session compared to other drivers. We were confident heading into qualifying.

Qualifying:
Saturday morning saw us head out on track early in the morning. It was a very cold morning and I think the changes that we made on Friday evening hurt us in the session. Struggling in one area of the track for traction, meant our overall time wasn’t great after going purple in sectors 1 & 2. We ended qualifying in 5th but would be promoted higher on the grid after a few penalties. 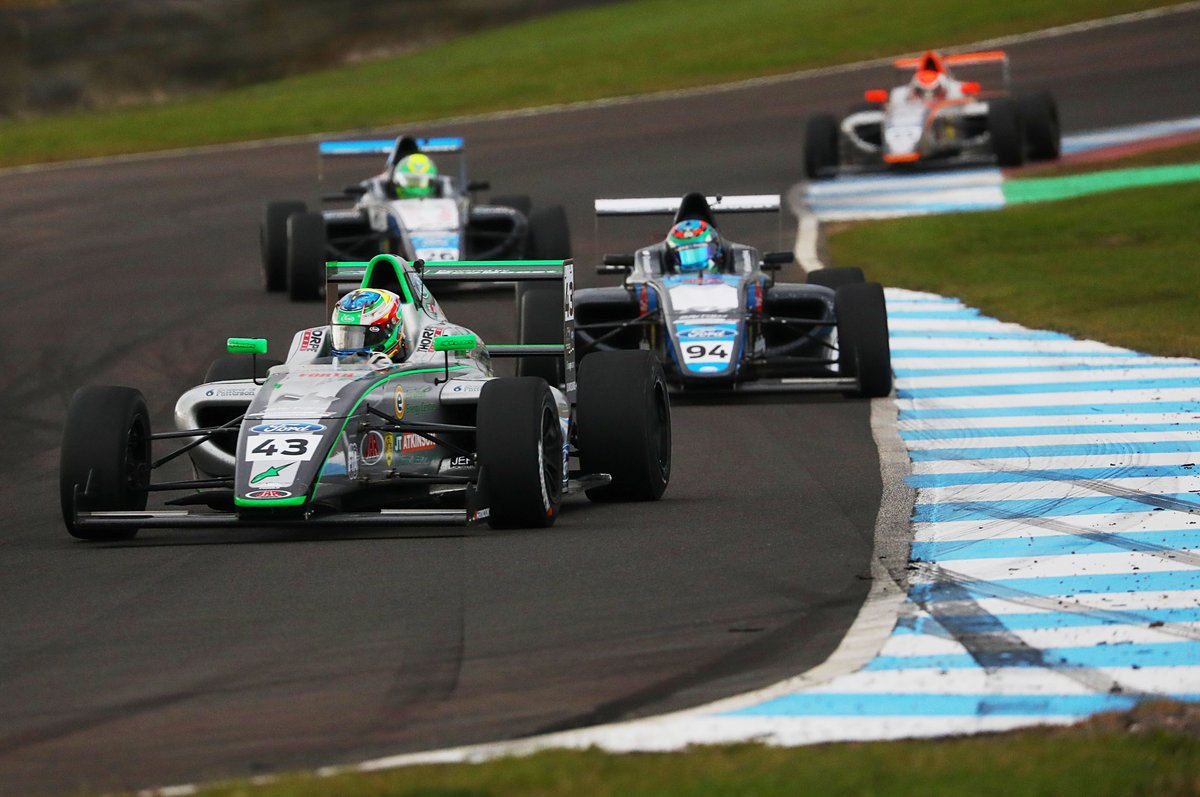 Race 1:
I started 3rd and was putting pressure for P2 on the opening laps until he made a mistake and ended up going off. I held P2 for the rest of the race. It was just about putting my head down and trying to catch the leader. Secured the fastest lap of the race.

Sunday, Race 2:
P3 once again. This race was a lot more exciting. Having dropped to 4th on the opening lap I set my eyes on recovering the position and catching the leaders. A few laps in I got back up to P3 and closed up to the leaders. I tried a move to take second but the gap closed and I lost traction on the grass resulting In a drop back down to 4th. Once again I had work to do to get myself back into the podium. With another switch back at the hairpin I regained P3 and once again, closed the gap to the front, and setting another fastest lap. 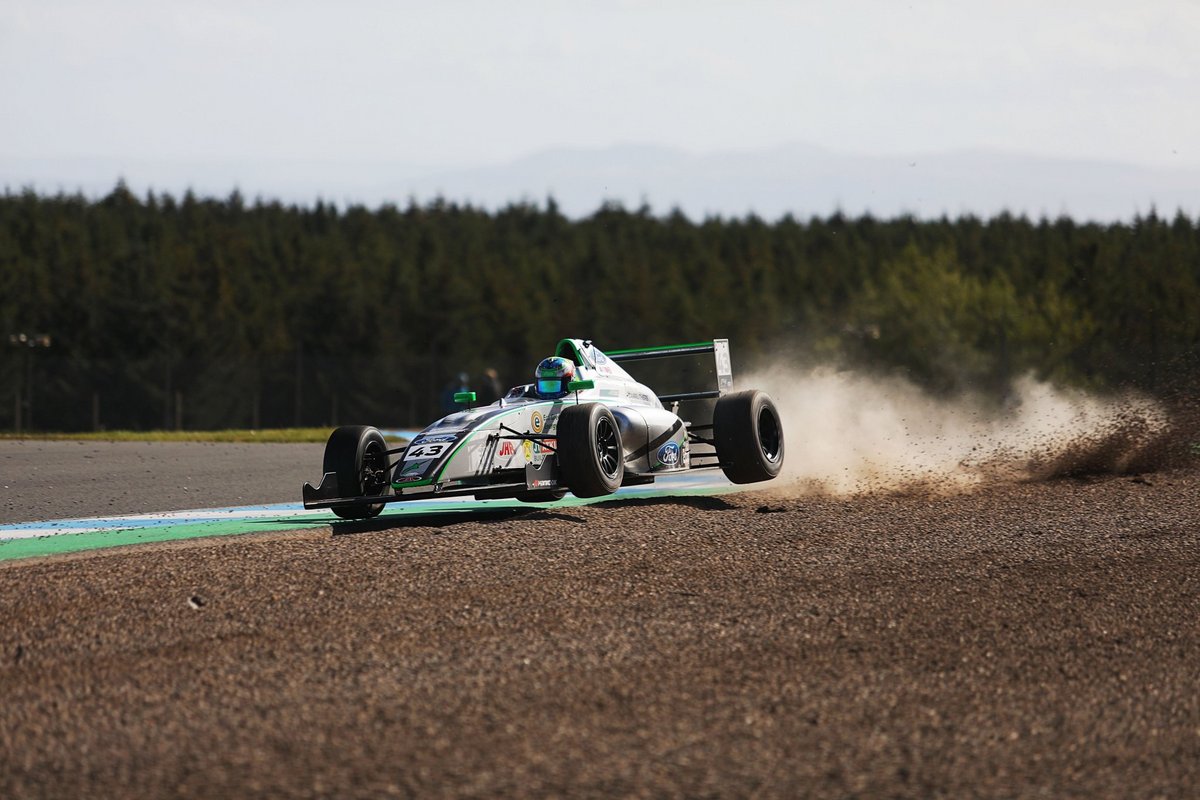 Race 3:
P4 grid slot which was soon promoted to P3 after a mechanical failure from another driver on the warm up lap. I got off the line well and held the position. I kept putting pressure on the car in front but couldn’t quite get close enough to make a move with the loss of aero in some of the corners, but to take three out of three podiums at Knockhill, and, my eighth consecutive podium in a row is a big achievement.

Overall the weekend as been very satisfying, we have showed really good and consistent speed throughout testing and the races. We have also moved up to 3rd in the championship heading into the final two rounds.

A massive thank you to the whole of JHR Developments and everyone else involved.