Thursday test day was pretty positive for us, we had good speed in all of the sessions in the dry conditions and gathered some good data heading into the race weekend.

Free Practice:
Friday was a day of mixed conditions. For FP1 we went out on old tyres for the first five laps just to make sure the car was running good, most other drivers were shod with new tyres. However, heavey rain quickly brought about the wets. This meant that I didn’t get a fast time in and we’re down in P10. In the wet part of the session we struggled generally so we all had a lot of work to do adjusting the car to suit. FP2 was more of the same as track conditions were damp with a dry line appearing, and it looked like the track was going to soon dry out. We took this opportunity to scrub in some new sets for the races because the forecast looked wet. With everyone setting good lap times in the near dry conditions we didn’t get to battle for a fast lap as a huge downpour came and changed the track conditions completely. They were so bad the session was cancelled with half of it remaining! We still really struggled with the handling of the car and needed to go through the data and sit down as a team and work a few things out. 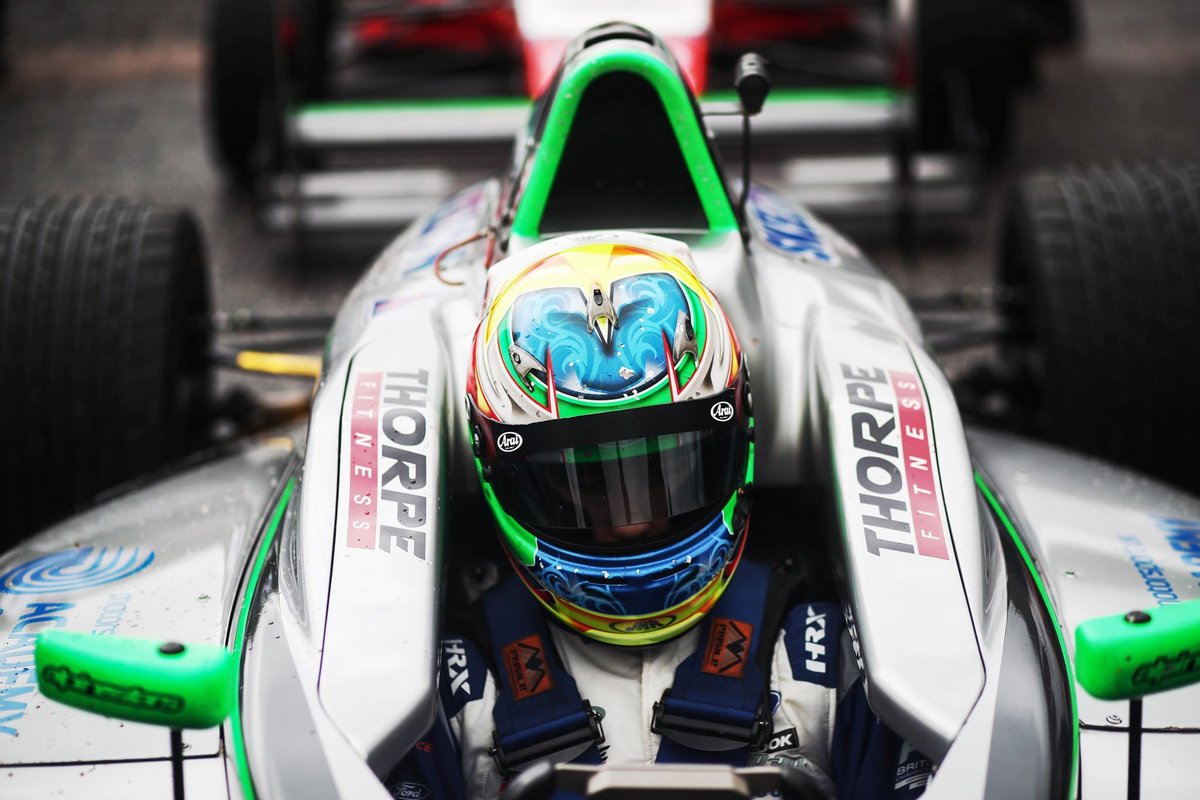 Qualifying:
Come Saturday, the track was dry and we headed out. I felt pretty confident that we could pull out a good result. The first part of the session didn’t go too well, we struggled abit with the car and weren’t putting in fast lap times. When I came in to change the tyres it fixed what I was looking for. I managed to put two good laps together placing me P2 on the grid for Races 1 & 3. This was very satisfying considering how the previous day had gone.

Race 1:
We got off the line well and held P2 going into T2. I was side by side with P3 and we pushed each other to the limits on the braking whereupon both of us ran a little wide but held P2 through that corner. The driver behind got a good run down the straight and managed to get by putting me down to P3. I then put my head down and was trying my best to catch the driver in front. With around 5 minutes to go it felt like the car just went off and the tyres got too hot, and we dropped off the leaders a little bit. But to end the race in P3 and carry on my podium streak to nine in a row was very satisfying.

Race 2:
It had rained overnight and the track was wet. P4 grid. I had no traction off the line and straightaway dropped back to P6, However, two drivers in front made contact meaning I crossed the line at the end of the opening lap in P4. I was searching around to find grip on the track and hold the drivers off behind me, but it just wasn’t working. After a long race where we struggled as a team as a whole we crossed the line in P9 which was obviously a huge disappointment.

Race 3:
Race 3 was looking like a dry race until several minutes before heading down to the assembly area… it started raining heavily for around five minutes. We changed a few setups on the car hoping it would work in the wet. Starting from P2 we had our eyes set on another podium finish but after dropping to 6th on the opening lap I was really struggling for grip once again. Halfway through the race two drivers in front made contact promoting me to P4 which is where I crossed the line. As a team we need to sit down and work out where we are going wrong and focus on where we can improve the car in these conditions.

It was a weekend of highs and lows but you always have to focus on the positives and on improving the negatives. We set a new record of nine podiums in a row in the British F4 Championship which is a huge achievement moving forwards. I have dropped to 4th in the championship but still mathematically go into the last round with a chance of winning it. Although this will be very hard to do I’ll be giving it my all for the best result possible.

Thank you to JHR Developments and everyone involved.