Heading into Thruxton I was confident that we could have a positive weekend because at the last round we had really good pace and some good results.

FP1:
Friday, we got the weekend underway well in FP1, set off good and felt really confident in the car. I managed to post a lap time which put us to the top of the board and 0.5secs clear of the rest of the field. Me and the team were very pleased with the speed that we had and were looking to carry this on throughout the weekend. FP2 was a very wet track. This time we went out and posted a time which put us P4, we were happy with this as we could make a few setup changes to improve the car and we were on old tyres. We felt very confident with our speed heading into qualifying on Saturday morning. 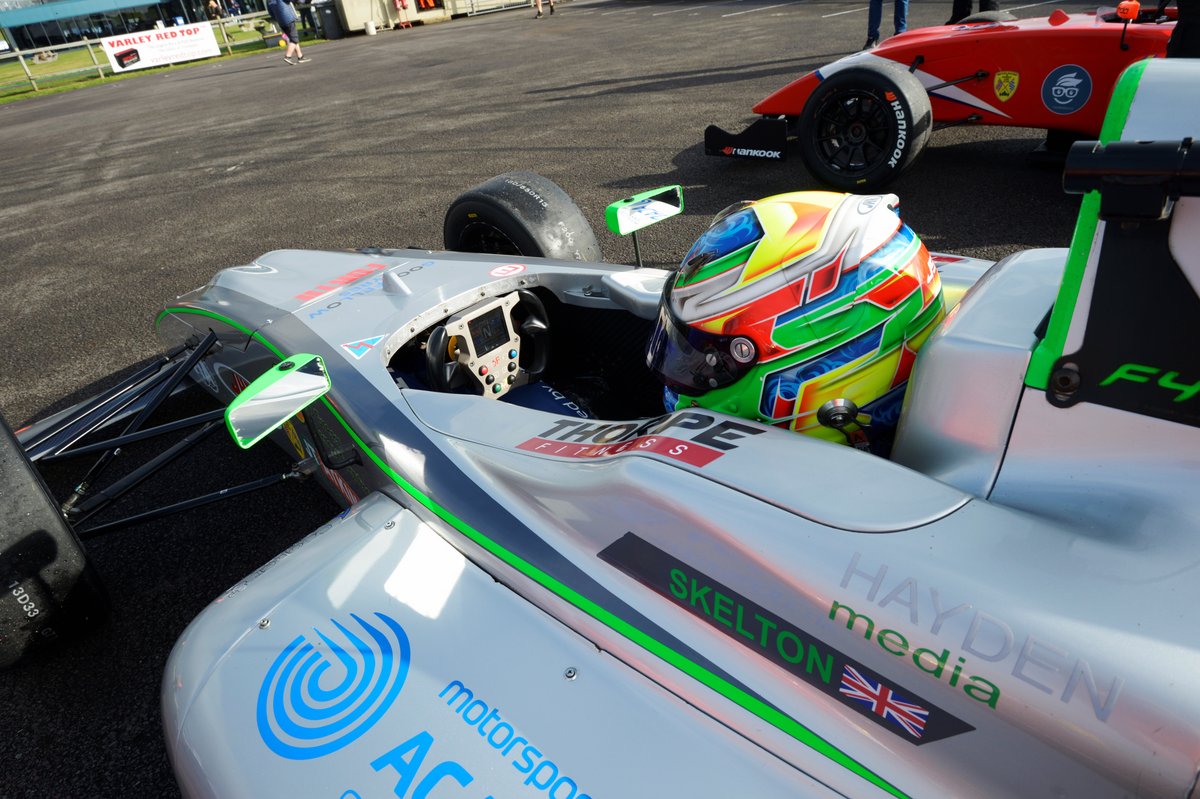 Qualifying:
Saturday, it had rained a lot over night so the track was still fairly wet, but was drying very quickly. Our qualifying took place on a damp drying track so the lap time was getting quicker and quicker every lap. It came down to the last two laps where I managed to post times which would put me P4 on the grid for Race 1 and P3 on the grid for Race 3. We just lacked a tow in the session which I think would of helped us massively.

Race 1:
I dropped back a place on the opening lap but quickly made that back up. From then on it was focusing on putting clear laps in and trying to catch P3, which I managed to do. So heading into the last lap I got past going into the last corner and crossed the line in P3 to start the weekend off well. 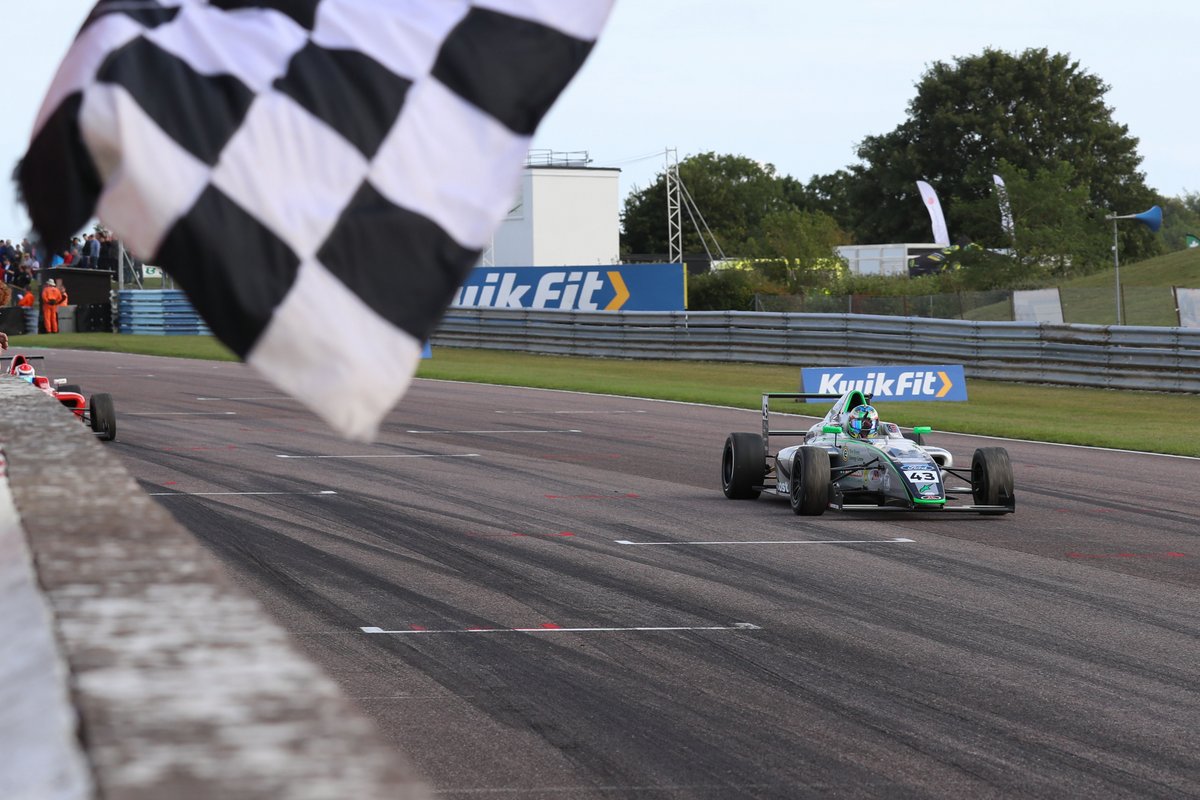 Race 2:
Starting the race from P4 once again, I had a good opening lap and managed to get straight to P3. Early on the the race a driver in front received a penalty promoted me to P2. I had a pretty big gap to catch to the leader but coming into the last lap of the race this margin was closed down. I got a massive run up to the last corner, taking the pass and the win.

Race 3:
P3 slot. I had a really good getaway and straight into P2 with teammate Carter Williams in front. We opened up a massive gap from the rest of the field, and I was pushing hard to get another victory, I tried on a few occasions to make a move but it didn’t quite pay off, so we ended the race with a P2 and a 1-2 finish for the team. This made it 3 out of 3 podiums this weekend for me, and, 3 out of 3 wins for the team.

What a weekend it was for us and the team! I’ve now moved up to P4 in the championship and not far away from 3rd. I’d like to say a massive thanks to JHR Developments for all their hard work. It’s definitely paying off and hopefully we will carry this on for the rest of the year. I’d also like to thank everyone else involved. Next round is knockhill.